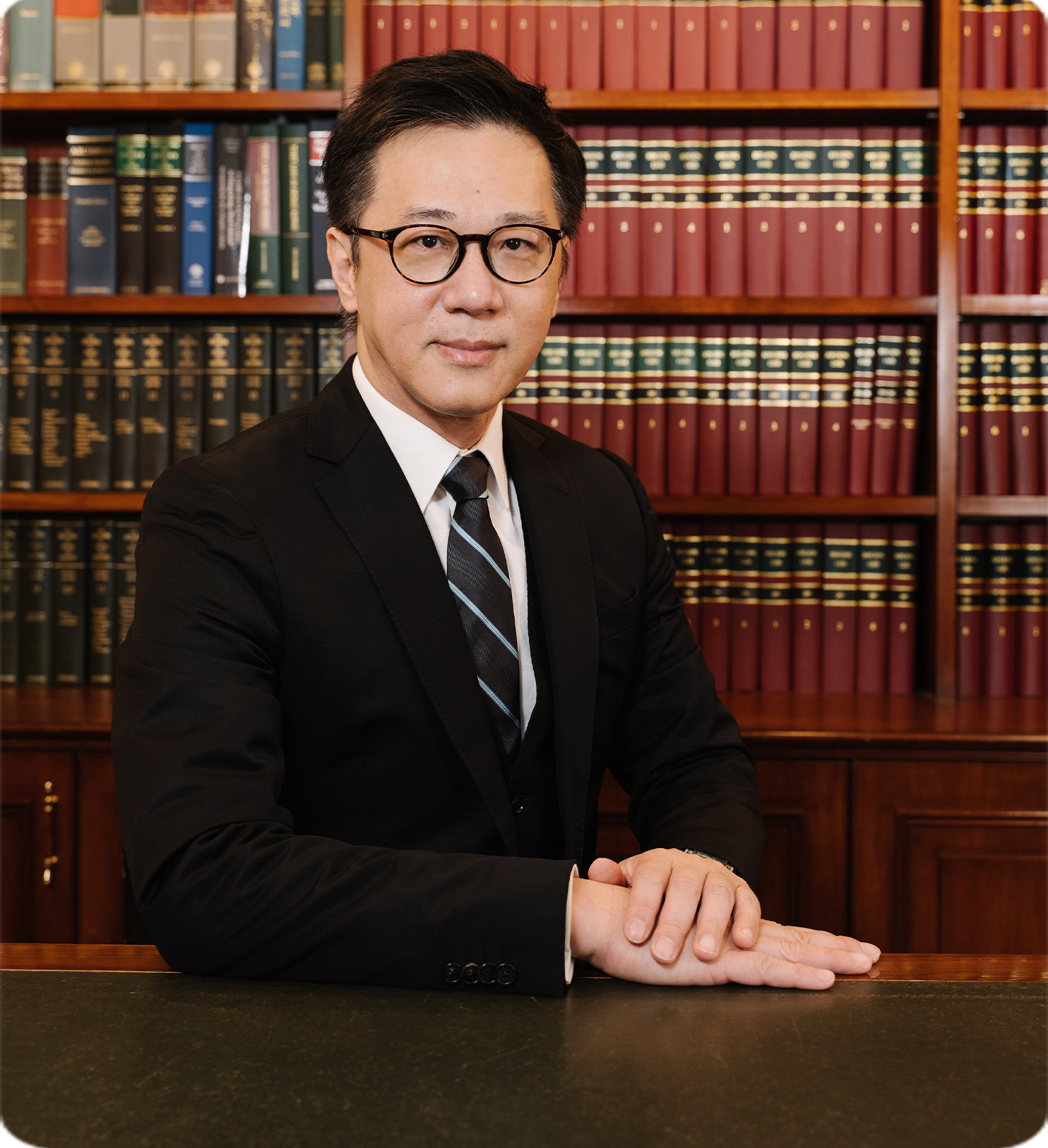 He is a Fellow of The Royal Institution of Chartered Surveyors (RICS) and The Hong Kong Institute of Surveyors (HKIS), a past chairman of the HKIS (Quantity Surveying Division) and a past vice chairman the RICS (Quantity Surveyors Division) having held senior management positions with an internationally renowned construction contracts consultancy and two leading building and construction groups in Hong Kong.

Within this specialist field, he has acted in various cases involving disputes in defects, final accounts, measurement, delay and disruption claims, professional negligence, insolvency and liquidation, bonds, warranties and guarantees, as well as contractual and statutory interpretation.  He has advised and acted for employers, developers, contractors, specialist and domestic sub-contractors, and professionals in court, arbitration and public inquiry.

Eric has appeared before the Court of First Instance, the Court of Appeal and the Court of Final Appeal on his own or as junior counsel on cases from arbitration appeals in relation to construction and building disputes, professional negligence, statutory offences to family trust disputes.

This case concerned members of two families pooling their resources together to acquire subsidized homes of the Home Ownership Scheme established under the Housing Ordinance Cap. 283.  Eric represented a retired couple.  In this landmark decision the Court of Final Appeal held that it would not be illegal or contrary to Sections 17 and 18 of the Housing Ordinance for persons who were not entitled to purchase a subsidized home themselves to participate in the Home Ownership Scheme by providing funding to eligible individuals or households and thereby acquiring a beneficial interest in the home purchased upon the expiry of the restriction period specified in the statute.

This case concerned offences under Section 40(2B)(b) of the Building Ordinance (Cap. 123).  As a junior counsel, Eric represented the registered specialist contractor and its site representative in seeking leave to appeal their convictions on the ground that the prosecution failed to establish as a matter of law that they carried out the excavation and lateral support works in such a manner as was likely to cause a risk of injury to any person on the court’s findings because the court was not sure whether the cause of the ground settlement was the loss of adjacent soil due to the excavation and lateral support works (a guilty cause) or the escape of adjacent soil from the bottom of the site (an innocent cause).

As a junior counsel of the case Eric represented a group of contractors in appealing an arbitral award.  The legal team successfully persuaded the Court of Appeal that it was no longer appropriate under the current statute to continue to apply “the strong prime facie case” test in determining whether a “serious doubt” is shown under Section 6(4)(c)(ii) of Schedule 2 to Arbitration Ordinance Cap. 609.

The Garley Building fire disaster that occurred in 1996 resulted in the tragic loss of 40 lives. As a sequel to this tragic event, this civil action was brought against the contractor, the architect, the structural engineer of the demolition contract as well as the authorized person (AP) appointed under the preceding contract to carry out a survey of the fire damage to the building.  As junior counsel of the case Eric acted for the AP in his appeal against the court’s finding that he was contributorily negligent among others in causing the injury of a site worker who was injured due to the explosion of a BTM Cylinder left redundant on site by one of the tenants.   The Court of Appeal re-visited the law and circumstances in which acts of omission would amount to causing actionable damage.

As junior counsel in the landmark case on re-rating of bill rates under the Government of Hong Kong General Condition of Contract for Civil Engineering Works (1999 Edition) Eric represented the joint-venture contractors in their appeal against an arbitral award.  The Court of Appeal provided guidance on what may satisfy the “general importance” threshold in Section 6(4)(c)(ii) for the purpose of granting leave to appeal on a question of law under Schedule 2 of the Arbitration Ordinance (Cap. 609).  In this case, the Court of Appeal accepted that the particular loading of value into a bill rate (which necessarily turned on its own facts) and the commercial exercise of loading value into contract rates would be of sufficient general prevalence that evaluation of its effect should be regarded as one of construction of a standard clause to which the “at least a serious doubt” test under Section 6(4)(c)(ii) should apply.